“On a typical day, over 700 people in the U.S. are injured in distracted driving crashes, and more than 3,000 people are killed each year. Every one of these lost lives is a tragedy because it is 100% preventable,” said Johnson, R-Holly. “Although it’s important to raise awareness of this deadly problem, we must do more. My legislation would have Michigan join 26 other states with ‘hands-free’ driving laws to better ensure that no more of our families have to endure the heartbreak of losing a loved one due to distracted driving.”

Senate Bill 409 would expand the state’s current texting-while-driving ban to all portable electronic devices unless being used by the driver in a “hands-free” manner.

“Michigan already bans texting and driving, but it is often difficult for law enforcement to identify a distracted driver who is texting rather doing something else on their phone,” Johnson said. “The problem is activities like using social media, surfing the internet or taking pictures while driving are equally distracting and dangerous.”

Johnson’s bill would prohibit a driver from holding or using a portable electronic device on a highway or street in Michigan. Drivers could still use their phone hands-free with Bluetooth or a windshield or dash mount using voice-activated features, such as Siri, or a single tap or swipe to answer a call.

According to the National Highway Traffic Safety Administration, distracted driving was responsible for 3,142 deaths in the U.S. in 2019. A Virginia Tech Transportation Institute study said drivers who text while driving are 23 times more likely to cause an accident than other drivers.

TIA CEO Jim Santilli has been working on hands-free legislative efforts in Michigan since early 2016 and strongly supports Johnson’s bill.

“When operating a motor vehicle, we all have a personal responsibility to protect our life and the lives of the innocent people traveling around us,” Santilli said. “No text message, social media update, video chat, or any other distraction is worth putting a life in jeopardy. I commend Sen. Johnson and the bipartisan cosponsors for their commitment to ensuring all people return home to their loved ones each day.”

Laurel Zimmerman is the mother of Ally Zimmerman, a 16-year-old high school student who was hit by a distracted driver in December 2010 and later died from her injuries.

“My daughter, Ally, lost her life in 2011 due to a distracted driver,” said Zimmerman. “I commend Sen. Johnson for introducing a hands-free bill. Too many families have lost a loved one due to distracted driving. Ally was passionate about helping others and would want this bill passed.”

SB 409 would make distracted driving eligible for primary enforcement by police. Repeat violators could have one point assessed on their driver’s license for a second violation and two points for each subsequent violation, in addition to a ticket. 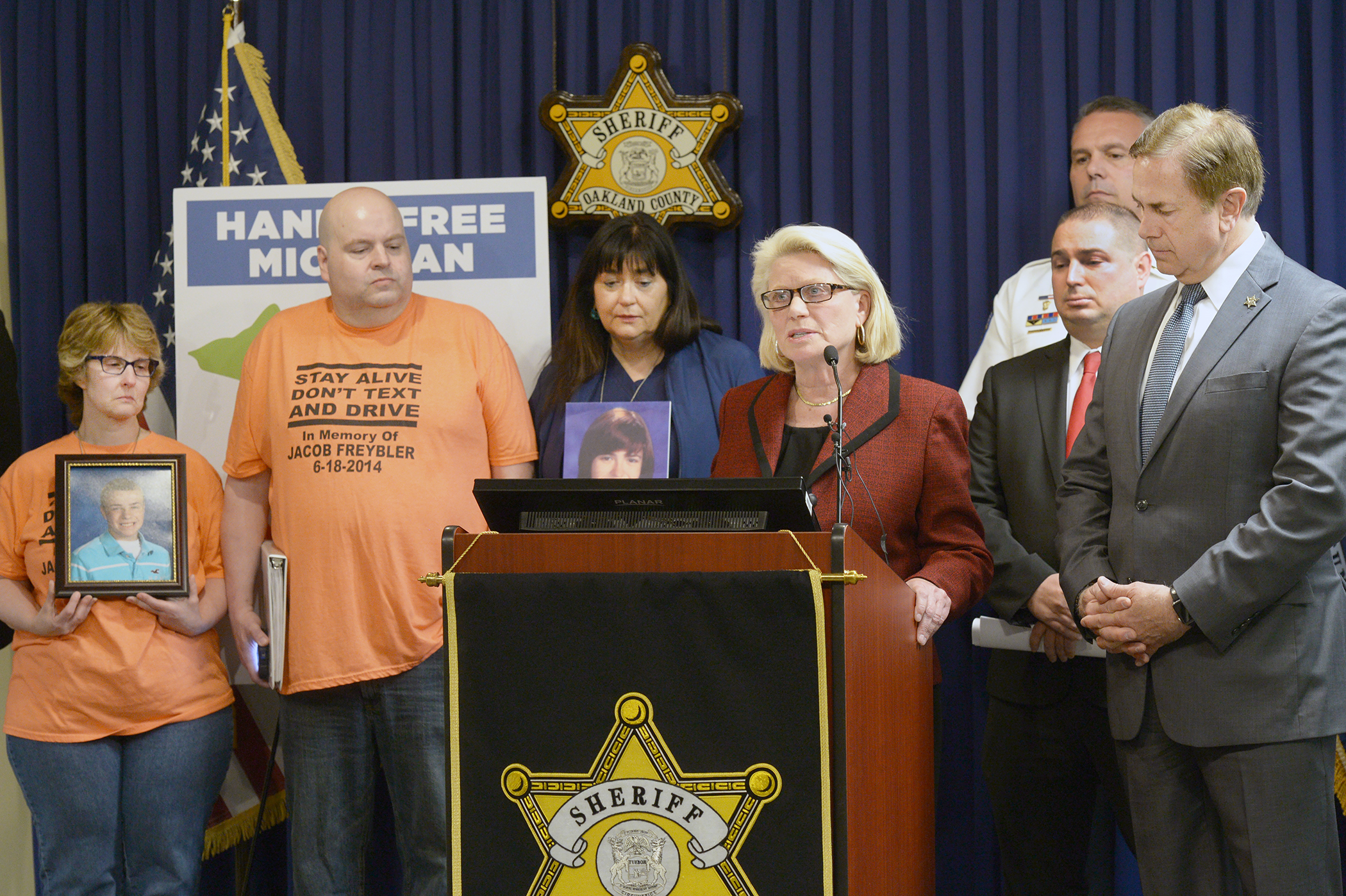 Editor’s note: The above photograph from 2019 is available by clicking on the image or by clicking https://www.SenatorRuthJohnson.com/photos/.