LANSING, Mich. — Sen. Ruth Johnson and Rep. Andrea Schroeder have introduced legislation to allow cities, townships and villages in Oakland County to opt out of any joint endeavor their county government might try to establish under the Municipal Partnership Act. The bills are in response to calls by Oakland County Executive Dave Coulter, Detroit Mayor Mike Duggan and others to raise property taxes for regional transit.

“We should not be asking people to pay new taxes for which we know they will get little or no benefit; that is a basic American principle of fairness,” said Johnson, R-Holly. “This legislation will give local communities a voice and allow them to decide whether or not they want to participate in a joint endeavor like the one being proposed for regional transit.”

Johnson’s bill, Senate Bill 795, and Schroeder’s House Bill 5498 would give the governing bodies of Oakland County’s cities, townships and villages at least 30 days to pass a resolution opting out of any proposed joint endeavor by the county if they feel it is not in the best interests of their residents.

“This bill will protect the opt-out rights our communities currently hold as it relates to regional transit,” said Schroeder, R-Independence Township. “As a former township trustee, I understand the value of maintaining local control. Every supervisor in Oakland County has already voiced their concerns, and I am proud that this bill recognizes the issues they raised and supports our communities.”

Under the bills, if communities choose to opt out of a proposed joint endeavor, their residents would not be required to vote on any related millage. The county could not impose any new millage against property in opted-out communities related to the joint endeavor, even if passed by other voters in the county.

“This protection is especially needed in light of a new regional transit proposal that would significantly raise property taxes on all Oakland County seniors, families, business owners and farmers,” Johnson said. “The legislation that Oakland, Wayne and Washtenaw counties and the city of Detroit are pushing could raise up to $18 billion in new taxes over the next 30 years and they are not even sharing the plan of how this money would be spent. Residents deserve better than this.”

The legislation being supported by advocates for a new regional transit tax, House Bill 5229, would remove current limitations on local property taxes. Currently, any taxes raised for a joint endeavor such as regional transit count toward caps on property taxes by a local government. This protection would be removed by HB 5229, which both Johnson and Schroeder oppose.

“We should be safeguarding taxpayer protections for families and property owners who are taxed enough as it is,” said Sen. Jim Runestad, R-White Lake, who also opposes HB 5229 and who co-sponsored SB 795 to allow communities to opt out of joint endeavors. “Taxpayers should be protected from paying for services they don’t want, don’t need and won’t use.”

In January, the Oakland County Association of Township Supervisors passed a resolution opposing HB 5229, saying Oakland County taxpayers could contribute “an estimated $2.9 billion with no discernible benefit to the Township tax payers.” 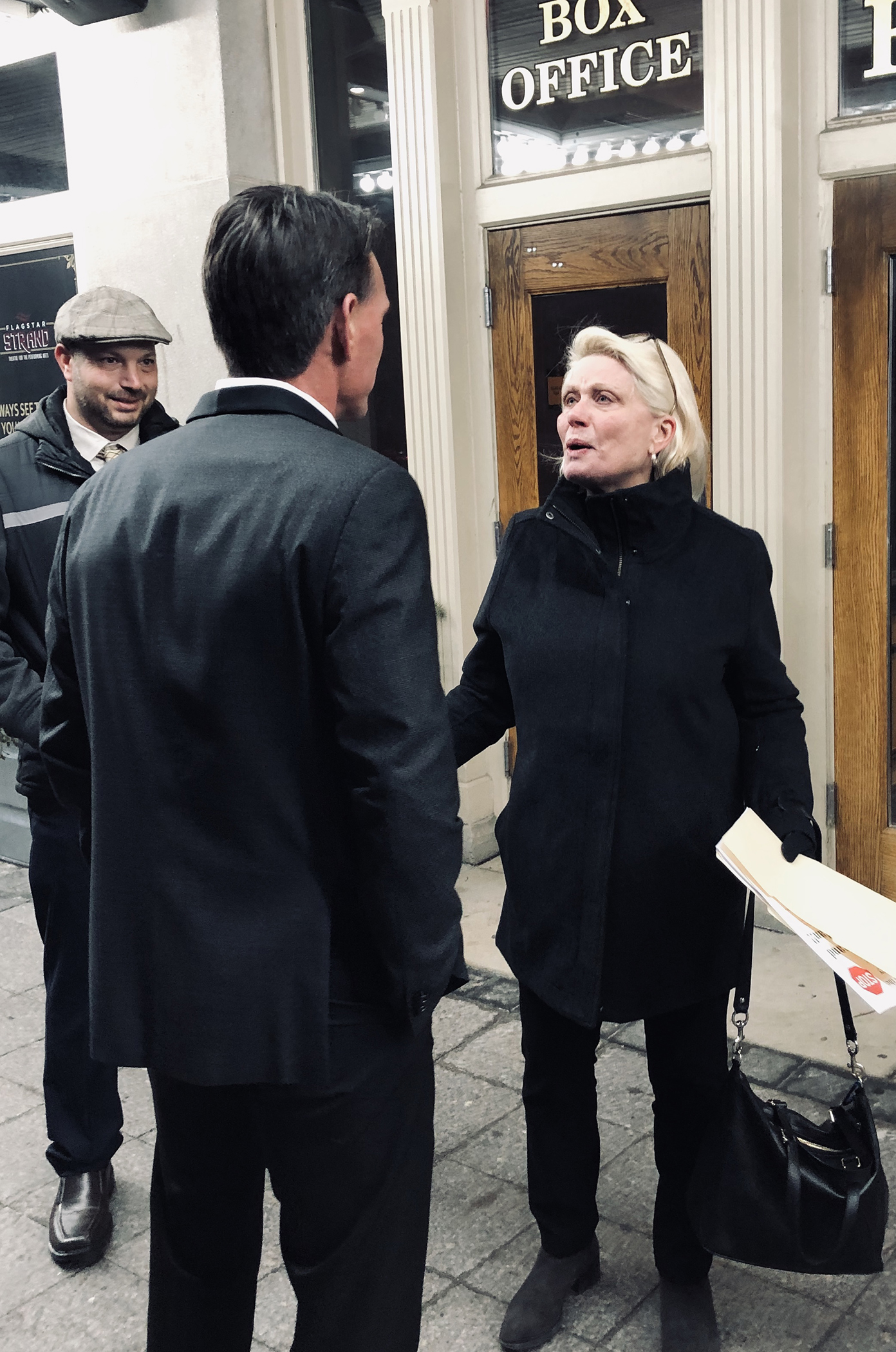 Editor’s note: The above photograph is available by clicking on the image or visiting https://www.SenatorRuthJohnson.com/photos/.