“Cardiovascular diseases are the leading cause of death of American women, accounting for roughly one of every three deaths each year and killing more than all forms of cancer combined,” said Johnson, R-Holly. “Unfortunately, many women still don’t know their risks.

“This resolution is a chance to save thousands of lives each year by increasing awareness and encouraging people to take preventive action. It is also about supporting the Go Red for Women movement to boost women’s cardiovascular awareness and thanking everyone who wore red last week as part of a national effort to get more women to take charge of their own heart health.”

It also says, “in 2015, cardiovascular disease accounted for $555 billion in health care expenditures and lost productivity, and by 2035, those costs will be over $1 trillion annually.” 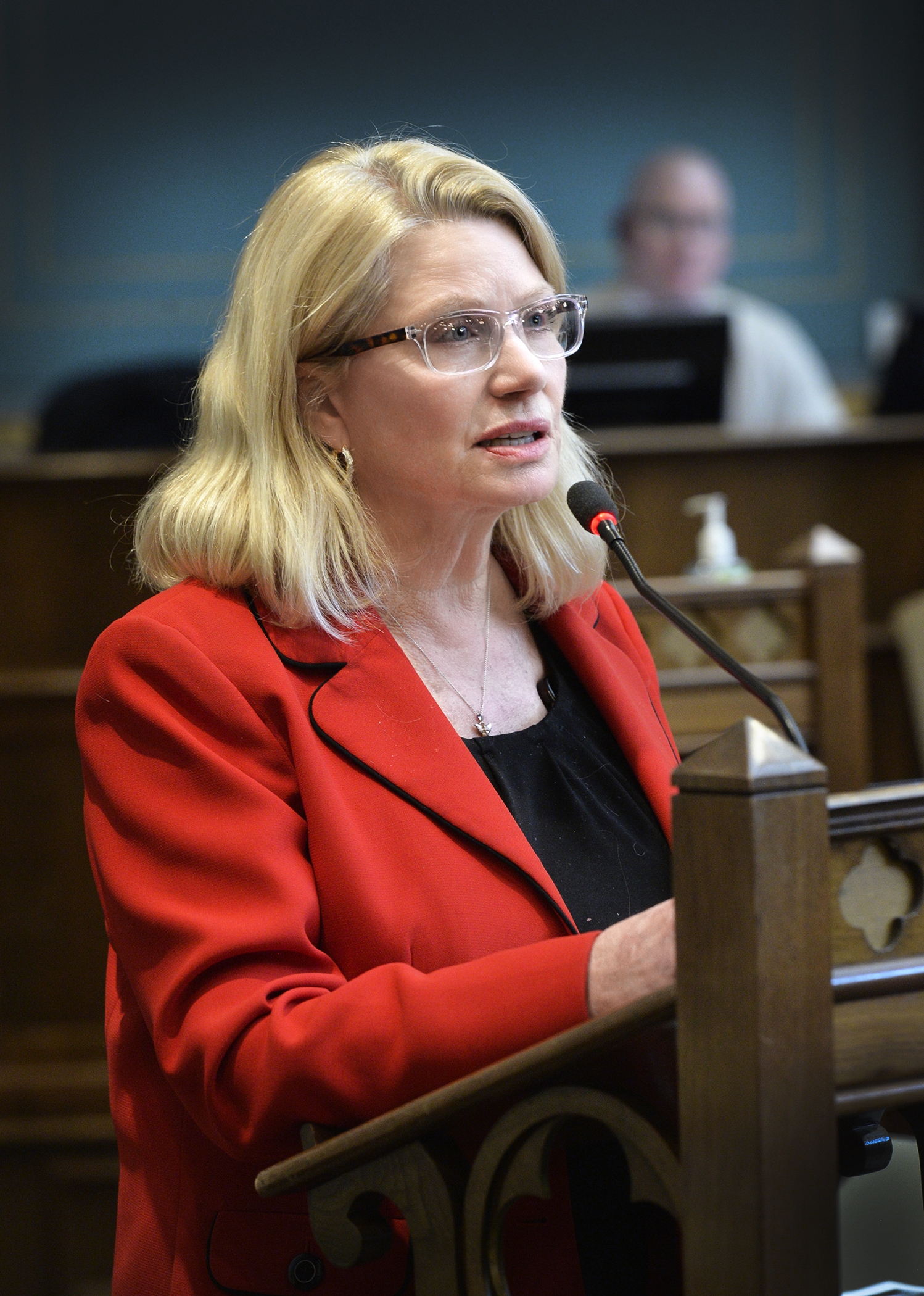 Editor’s note: Sen. Johnson’s Senate session remarks on the resolution will be available at www.SenatorRuthJohnson.com/video.

The above photograph is available by clicking on the image or by visiting www.SenatorRuthJohnson.com/photos.