LANSING, Mich. — The Michigan Senate on Thursday approved Sen. Ruth Johnson’s legislation to ensure citizen initiative petitions are processed within 100 days of being submitted to the secretary of state.

“The people of Michigan deserve a fast and fair review of their efforts when they choose to directly propose legislation through a citizens’ initiative,” said Johnson, who served as Michigan secretary of state from 2011 to 2018. “Under Secretary Benson, the state has been dragging its feet — taking six to nine months to process the petition signatures for the last two citizen initiatives.

“It’s embarrassing for our state and disrespectful to the people for it to take longer for the department to review the signatures than it took for the citizens to gather them.”

Senate Bill 280 would require the Board of State Canvassers to complete the canvass of an initiative petition within 100 days after the petition is field with the Secretary of State’s office. It would also require any petition filed no later than 160 days from the general election to have its canvass completed no later than 100 days before that election.

“Historically, the average time to process signatures has been about 100 days, which makes that a good standard to ensure citizen initiatives are considered fairly,” Johnson said. “The secretary of state is supposed to be impartial in this process. If the people turn in initiative petitions, your job is to process them as quickly and professionally as possible.

The Senate also passed House Bill 4492 to allow for additional polling place locations to be created at a limited list of specific private locations, such as conference centers, clubhouses, and golf course facilities; HB 4528 to require training for election challengers and increased training for election workers about the role of challengers; HB 4837 to prohibit unapproved third parties from accessing the Qualified Voter File; and HB 4838 to ban voting machines and the electronic pollbook from being connected to the internet during Election Day. 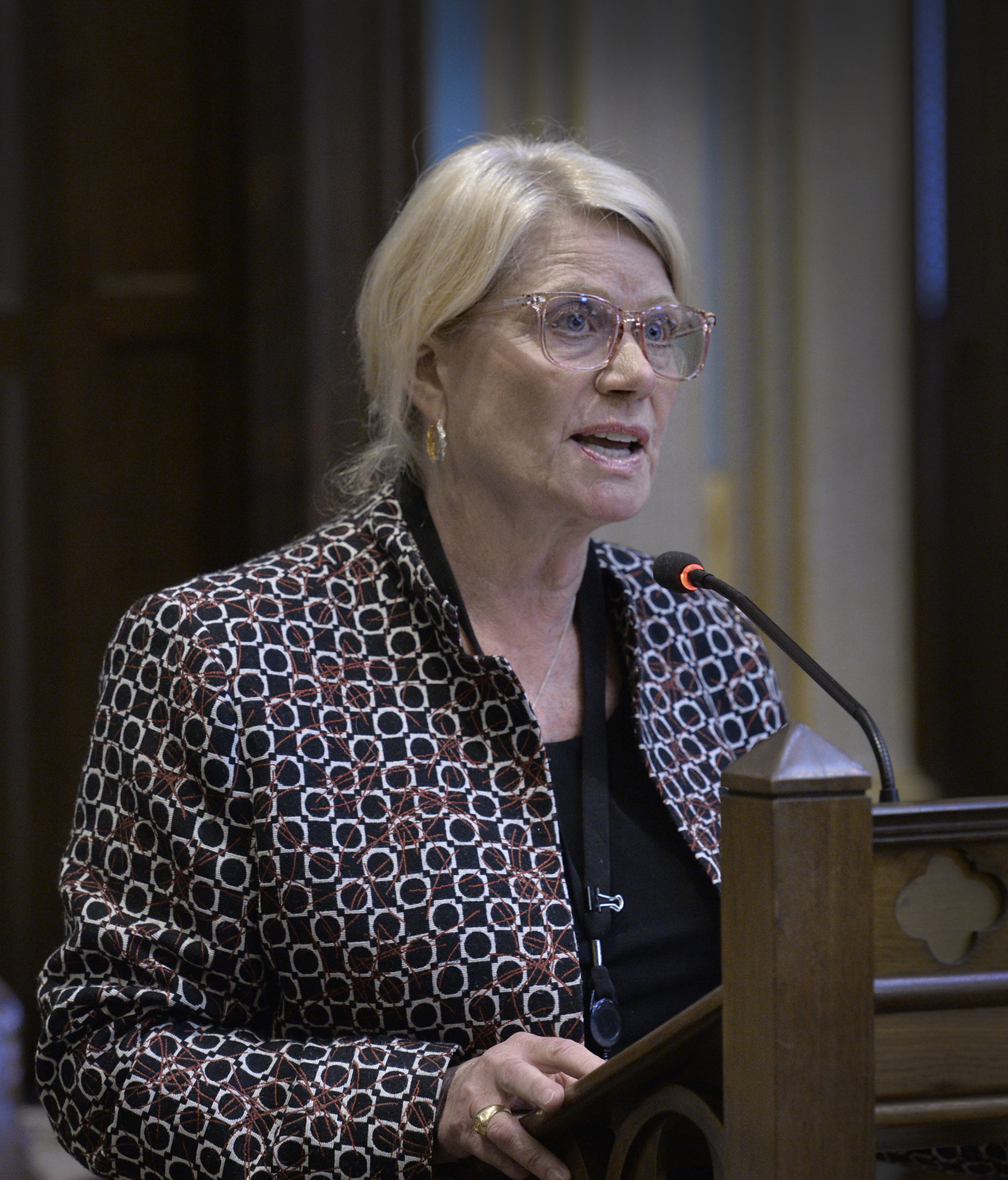 Editor’s note: The above photograph is available by clicking on the image or by visiting www.SenatorRuthJohnson.com/photos.

Photo caption: Sen. Ruth Johnson, R-Holly, outlines the need for election legislation, noting that it is important to take best practices and put them into state law to ensure they are followed.